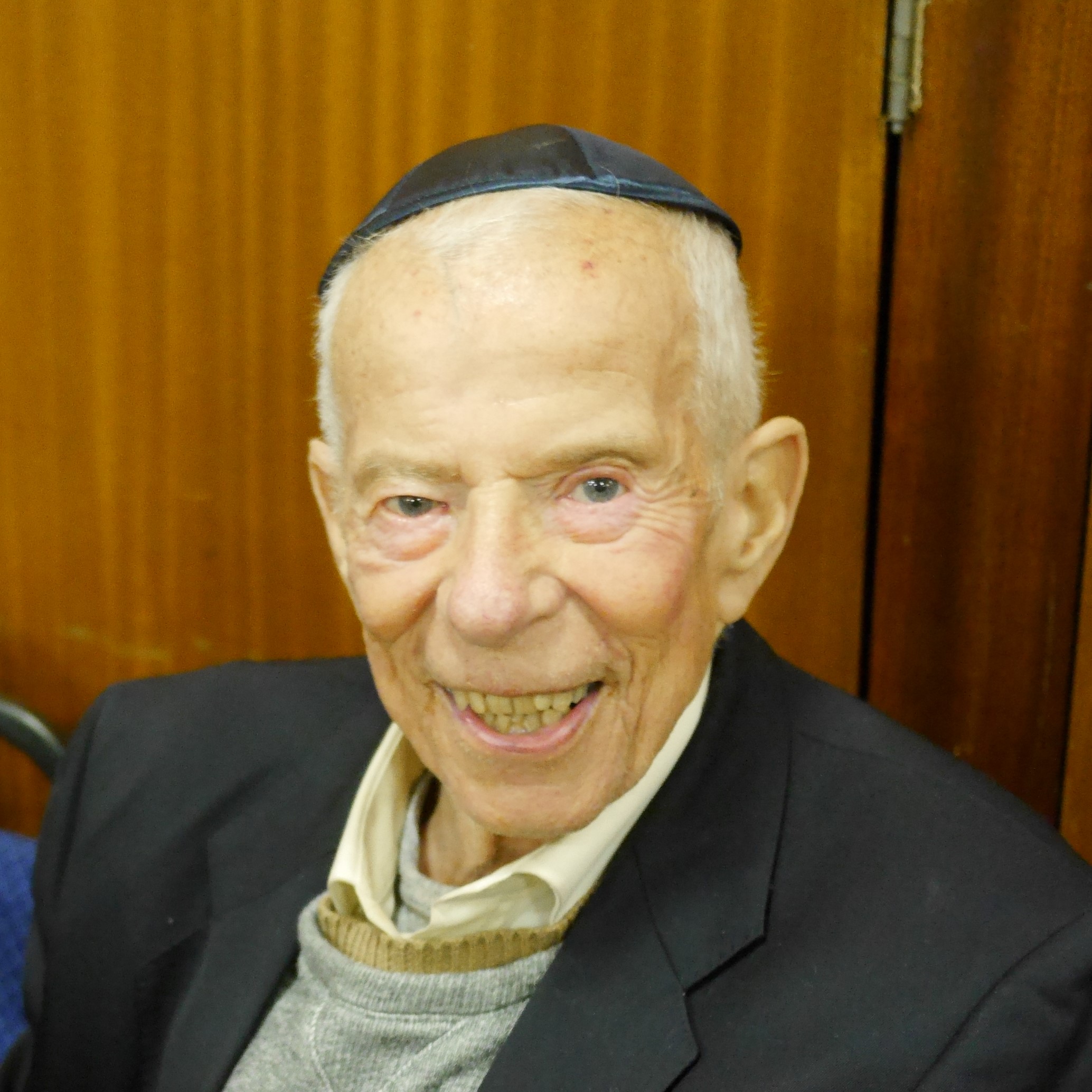 Otto Deutsch has sadly passed away following heart complications. He leaves behind no immediate family as he never married but he is survived by 5 first cousins. He died peacefully at his home as the New Year was beginning.

He was one of those rare people who captivated the attention of those around him. He befriended people from all communities and left a lasting impression of kindness, tolerance and endurance despite hardship and atrocity in his young life that most people are fortunate never to experience.

Otto was born in Vienna, Austria on 12 July 1928 to Victor and Wilma Deutsch. They were poor but loving parents. He spent the early years of his life, along with his older sister Adele, as part of the large Jewish pre-war community in the Favoriten district until the Nazis invaded Austria before the start of WWII.

His childhood and family were then savagely destroyed. First when his father was rounded up on Kristallnacht in November 1938 by their neighbour and former family friend, Kurt Kowatsch. Otto knew him as Uncle Kurt. He had been in the Imperial Austrian Army in WWI with Victor and they were both decorated soldiers. Otto never saw his father again and it transpired he had been put in the Forced Labour Battalion used to build Germany’s first autobahns. Secondly, his young life was altered forever when Otto was forced finally to flee Vienna in order to save his life as part of the Kindertransport, the organised rescue effort that saved the lives of 10,000 children from war-torn Europe and placed them in foster homes. His mother had queued desperately long hours to secure Otto a ticket to England. As he walked one last time with his mother and sister along the Vienna station platform to catch the train that would eventually bring him to safety, her parting words that became imbedded in his memory forever were that he should never lose his “Yiddishkeit” or Jewishness. Adele, his adored sister, stayed behind to care for his mother who was not very well. He travelled with his first cousin, Alfred Kessler, who survives him. Their mothers were sisters.

They landed at Harwich on the Essex coast on 6 July 1939 and went to live with a Christian couple, the Fergusons, in Morpeth, near Newcastle. Otto called them Auntie Nell and Uncle Jim. They ensured Otto had some Jewish education by arranging a monthly visit from one of the students from a yeshivah in nearby Gateshead. Meanwhile and very sadly, his parents and sister, all of whom he adored and never tired of speaking about, were murdered by the Nazis on 24 May 1942 along with many others at the Maly Trostinec concentration camp near Minsk, Belarus. Otto later visited the forests in 2011 where they were killed and their bodies burned. He said kaddish for them (a prayer for the dead) and left a photo pinned to a tree in their memory.

When he turned 16 he made his way to London and worked as a tour guide, putting his language skills to good use with the burgeoning travel business of foreign European tours. There was a lady from Manchester who became the love of his life but unfortunately for reasons beyond his control it never blossomed into a lasting relationship.

Eventually he visited Southend-on-Sea, Essex, one weekend in the early 1970s, fell in love with the place and bought a flat in Southchurch. He never left. He joined the ‘Southend and Westcliff Hebrew Congregation’ and has been as member for over 4 decades. He would regularly sit quietly at the back of the shul (synagogue) in the same corner each Shabbat and would share stories of his life to all who asked or would mimic a strong Geordie accent.

He was fiercely independent right to the end, preferring to make his own way whenever he could both to shul and to social events. He loved classical music and enjoyed putting on several shows at the shul and the local council offices of his favourite Austrian pieces. He never learned to cook but enjoyed eating out every day in his favourite local places, whether it was the Christian Fellowship Centre on Southchurch Road where he was a regular from the time it opened around 20 years ago or the cafés around town that served food, often Austrian-style with rice. But he was always especially fond of chicken soup!

In 2007 Rabbi Binyamin Bar organised his barmitzvah, the special 13th birthday celebrated by Jewish boys when they become a man. On his German passport, as for all male Jews who lived under Nazi control, the second name of Israel was inserted. Rabbi Bar suggested to Otto that even though the name of Israel was given to him by the Nazis as a symbol of degradation, he should actually adopt it and wear it with pride for having defeated the Nazis’ evil intentions. And so Otto Deutsch became ‘Yisroel ben Avraham’. His only regret was that his family was not there to join him on that special day which was also his 79th birthday.

Otto was an important and well-loved member of the local Jewish as well as wider community. At social events children would always enjoy hanging around him and his face beamed a smile of pure joy seeing young people so happy and growing up. But he was also in great demand at home and abroad by schools, clubs and organisations giving talks on his early life in Vienna and then England after his arrival. He was a member of the ‘Association of Jewish Refugees’ and was well known amongst the Holocaust survivors and interfaith groups. The internet contains many articles and interviews of him where he can be heard talking about his life with his familiar Austrian accent, still noticeable after all these years. His life was even recorded on a DVD and his story can be found in a number of books about the Holocaust, most recently in “Who betrayed the Jews?” by Agnes Grunwald-Spier.

Otto was a dearly loved and much respected man, for what he went through to escape the Nazis, leaving his family behind, but also for what he became and stood for both as a symbol of good triumphing over evil and for reminding us always to be vigilant against such evil, whatever form it take.

His memory will burn brightly forever in our hearts and his devotion to the family he lost will be a shining example for always of how love can endure despite the most heinous of atrocities being committed. He shall not be forgotten.

His funeral will take place at Stock Road cemetery, Southend-on-Sea, at 3pm on Wednesday 11th January 2017 and afterwards there will be a celebration of his life at the Finchley Road synagogue, Westcliff-on-Sea, to which all are welcome.