(1876 – 1931) Minister 1906 – 1913
Rabbi Yudelovitch was born in Grodno Poland in 1876, and came from a long line of esteemed Rabbis and became a Rabbi before moving to England.  He married Dinah Levin in 1900 and they settled in Southend where their six children were born.  Prior to becoming a Rabbi, and as Reverend Yudelovitch, he was the first paid minister to the small but growing Jewish community.  After working within the community for twelve years he decided to relocate with his family to the USA, where he practiced as a Rabbi in several states.  He changed his name from Yudelovitch to Yood and obtained USA citizenship.  He died in 1931 and is buried in Bayside Cemetery New York.

(1888 – 1950) Rabbi 1913 -1923
Rabbi Gollop was born in Russia, the son of Davis and Janey Gollop.  He arrived in Britain at the age of 13 and studied at the Beth Hamedrash for Rabbinical Studies.  At 17 he was appointed to the teaching staff of Great Garden Street Talmud Torah.  He later entered Jews College and UCL.  He married Pearl Sharotsky at Alexandra Road Synagogue in 1913.  He was appointed senior Jewish Chaplain and travelled widely during WWII.  He retired from all duties in 1944 and settled in Bognor Regis.
Courtesy of Palgrave

(c.1909 – 1985) Rabbi 1951 – 1979
Rabbi Shebson was born in Poland as Pinchos Szebszynski and studied at the Takhemeni Rabbinical Seminary in Warsaw.  He came to England in 1930, and married Sarah Viner in Liverpool in 1933.  They had 4 children.  He worked in Grimsby and Willesden before relocating to Southend.  During his time here, he built the Talmud Torah and established the Herzlia Day School.  Following his retirement he moved to Finchley.  He is buried at Bushey Cemetery. 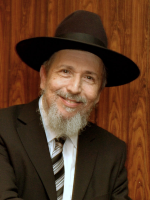 (1948 – ) Rabbi 1980 – 1988
Rabbi Levy was born in Manchester and attended the Gateshead Yeshiva.  He served as a Rabbi in Glasgow before moving to Southend.  After his term in office here he moved to Palmers Green and Southgate.  He is married to Myriam.  He was responsible for renovating the Mikvah which was reconsecrated in 1984. 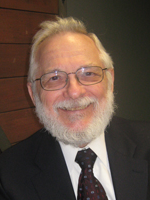 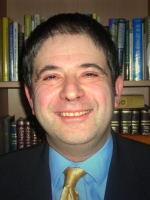 (1964 – ) Rabbi 1992 – 1995
Rabbi Dr Michael Harris was born in London in 1964.  He studied at three yeshivot in Israel.  He holds rabbinic ordination from the Chief Rabbinate of Israel and from other prominent Israeli rabbis.  His Father had held the post of Chief Rabbi of South Africa.  Rabbi Harris obtained his first degree in philosophy from Cambridge University, subsequently going on to receive a Masters in the same subject from the Hebrew University of Jerusalem.  In 2001 he received his Ph. D.  in philosophy from the School of Oriental and African Studies, University of London.  Rabbi Harris is a regular speaker at the annual Limmud Conference and has lectured in many synagogues and other venues within the UK Jewish community.  He supports Chelsea Football Club. 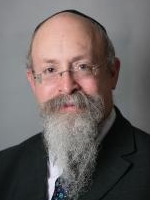 Rabbi 1996 – 2006
Rabbi Mendel Lew is the Senior Rabbi of Stanmore Synagogue.  He comes from a long line of distinguished Rabbis and communal leaders.  Rabbi Lew studied at Yeshivot in England, Israel and the USA.  He was ordained as a Rabbi in 1987, and has also enjoyed a successful teaching career in Israel, the USA and England.  He has been in the Anglo-Jewish Rabbinate for over 16 years. 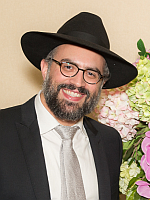 (1977 – ) Rabbi 2006 – 2019
Rabbi Binyamin Bar was born in Strasbourg, France to a family with a heritage of rabbinical scholars.  He learned in Yeshivos for 10 years in England, Israel, and America, and received Smicha and practicum training from prominent Rabbonim in Israel, America, and Canada.  Whilst in Yeshiva, Rabbi Bar authored several booklets of Talmud and Halacha essays.  He is also a graduate of La Sorbonne University in Paris, France.  He continues to further his Talmudic studies on a part-time basis, focusing on Monetary Laws – Choshen Mishpat and being one of the Dayanim in a Beth Din for monetary matters.  Rabbi Bar was the Rabbi of Southend and Westcliff from 2006.  Prior to this, he was an assistant Rabbi and Chazzan in Ottawa and Montreal, Canada.  He also taught Jewish studies at a Montreal Yeshiva/High School for boys.  Rabbi Bar trained as a singer by the late Metropolitan Opera tenor, Pasquale Marchese and loves music.  Rabbi Bar writes and speaks fluently English, French, Hebrew, and Yiddish.  He enjoys all types of fitness, particularly cycling and swimming.
With thanks to Rabbi Bar for this biography. 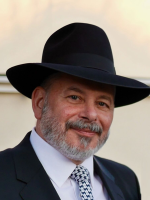 (1953 – ) Rabbi 2019 – present
Belfast born, Rabbi Hyman had set his mind on becoming a rabbi at a very young age.  Shortly after his Bar Mitzvah he went to Sunderland Yeshivah for two weeks, Gateshead Jewish Boarding School for a further three years, followed by four years at Chaye Olam Yeshivah and then a year back at Gateshead Yeshivah.  After some time leading his home community he enrolled at Jews’ College, London, to gain the necessary qualifications and six years later graduated with a BA (Hons.) and a prestigious Semikhah from the Principal, Rabbi Dr Nachum Eliezer Rabinovitch and countersigned by the then Chief Rabbi, Lord Jakobovits.  During his Semikhah studies, he took up the position as Minister to Streatham United Synagogue, followed by Sutton United Synagogue.  Whilst at Sutton, he was headhunted by Woodside Park where he remained for six years.  I was then approached by Belmont United Synagogue where I served for four years.  Following a career change he was back serving Welwyn Garden City Community as a part-time Rabbi.  After ten years in the gardening business he returned full-time to the Rabbinate and was offered the position of Ilford United Synagogue where he remained for 12 years serving the community’s needs.  Rabbi Hyman is married to Michelle and have six children between them and many grandchildren.
With thanks to Rabbi Hyman for this extract from his biography.

Researched and written by Anne Marcus, 2019