The first Jewish people recorded in Southend lived in the 1890s. Southend and Westcliff Hebrew Congregation was formally formed in 1906 with the first purpose-built Shul on Alexandra Road being built in 1912. The current synagogue building dates from 1968. By the 1980s there were 1500 families registered as members of our Shul!

In more recent history, May 2006 saw the Chief Rabbi and other well-known Dignitaries join in the Centenary celebrations to mark 100 years of SWHC. In his address, the Chief Rabbi praised the vibrancy of the Community and extolled the virtues of SWHC.

Also in 2006, Rabbi Binyamin Bar moved into the town and the Chief Rabbi joined us once again in 2007 for Rabbi Bar’s induction.

On 16th May 2010 was the day of the Hachnasat Sefer Torah. The Community held a street party parade welcoming our two new Sifrei Torah. The Chief Rabbi once again visited the town to take part in the celebrations, together with other dignitaries from near and far. The Synagogue was completely packed for the service and the Chief Rabbi’s sincere and humorous speech. The Sifrei Torah were sponsored by members of the SWHC community.

Lewis Herlitz has done much research into the history of our community and it can be found in the document below published for the centenary in 2006.
Centenary Brochure

Also is this article about the Alexandra Road Shul, published in the Community Voice after it sadly closed in 2000.  Click images to view the full page article. 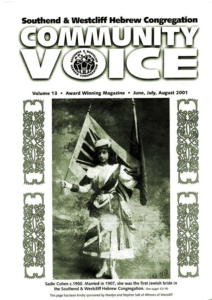 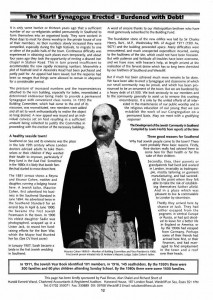 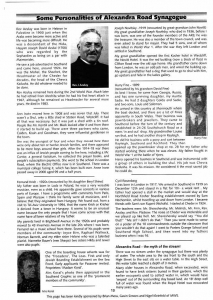 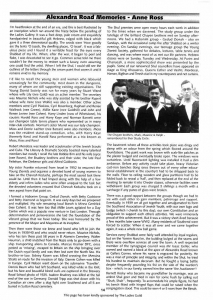 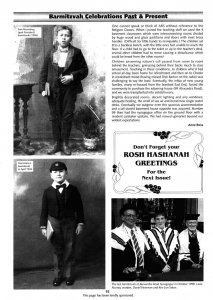 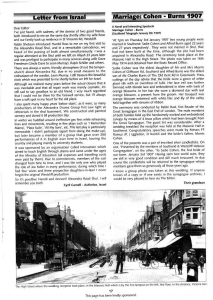 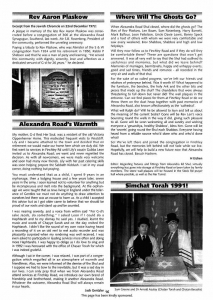