Why Southend? A Personal Story.

Why Southend? A Personal Story. 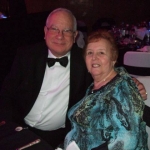 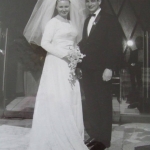 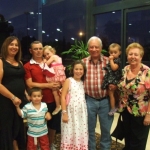 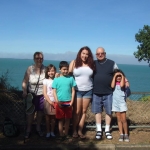 It was 2001, my wife had decided to retire in 2002 after several years working in the National Health Service, the children had married and we had lived in Barkingside in a three bedroomed house for over 30 years, I was still working in Ilford and my retirement was still a few years off – what to do next?

We thought about how the character of the area had changed over the 35 years since we had arrived and was it time to move on.  e didn’t need such a big house, so the logical conclusion was to move on – but where to?

We were part of the Chigwell Jewish community and happy to be involved in a small way, so Chigwell was the answer.  e quickly realised that the cost of finding a property in that area was not in our budget and so needed to look further afield.  We looked at Romford, Gidea Park, and Upminster, but for various reasons nothing was forthcoming.  In retrospect we couldn’t find a good reason to move to those areas.  As it turned out this really was a lucky break indeed.  It was important for us to us to be close to or in a Jewish community.  Had we found something there, we would not have found Southend!

Southend had not been in our thoughts; we had a few friends there and had visited as day trippers a few times.  So now fate took over with a chance chat with a friend of our daughter who suggested why not look at Southend as there were lots of Jewish people there – and so our journey began.

Property searching can be a depressing and dreary time, too dear, too small, it doesn’t have this or that, it’s too close or too far from this or that, a million reasons why not to buy – until you find the home of your dreams and hopes!  And so we chose and went through the trials and tribulations of actually buying and then selling our home in Barkingside

We moved into our Bungalow in Southchurch/Thorpe Bay in April 2002 with a sense of anticipation – it was a new beginning for us, it was spring, it would soon be summer and the sun was shining all the time, or so it seemed.  It was a busy time of course, getting the house shipshape, finding our bearings, and meeting new people – a million things to do and I, still working and having to commute to work every day to Ilford.

One of our early priorities was to transfer our membership from Chigwell & Hainault Synagogue to Southend & Westcliff Hebrew Congregation.  It was a smooth and trouble free transition with the efficient help of the office staff at Finchley Road.  We now quickly settled into normal life at our new location.

Why am I telling all this – the point of this article was an approach by a long serving member of the Synagogue Council to write a few words on our reflections of moving into the Southend Community as relatively new emigrants so to speak – now coming up to 15 years.

The first thing is to say a little of what we think about the Jewish community we moved into.  An orthodox community, independent of the United Synagogue, although very much following along the same US lines and recognising the authority of the Chief Rabbinate.  We have welcomed quite a few times a number of Chief Rabbis over the years to celebrate events in our community.  I would say that it is very much a middle-of-the-road orthodox community, what one would call I suppose, traditional.  The congregation was founded around 1906 and in 2006 celebrated a very memorable centenary.  A more detailed history can be found on the Synagogue website at www.swhc.org.uk.

As with very many provincial communities in the UK, It reached its peak in the late 1960’s when the present Synagogue building was built. It’s a fine building of its time with a modern interior décor, maybe a little dated now and needing some modernisation, but with less income from a declining membership, balancing the books is a major headache – a common problem for many communities.  These have been the subject of surveys by various organisations for a number of years particularly since the 1980’s.  I would say we are very typical of most of these problems, but nevertheless we still have a future I believe – how long for though is anyone’s guess.

Did we make the right move – absolutely yes!  We have found the community welcoming and warm and there are plenty of activities for all ages and interests.  Our elderly and infirm are well cared for by the various care agencies and volunteer groups.  We like to tell people that living in Southend is like being on holiday all the time; we have the local countryside all around and of course the sea.  It’s a vibrant atmosphere in the summer, crowded with day trippers and a walk along the front, is always a treat – nostalgic if you like, taking you back to childhood.  In this community, it’s odds on that you will bump into friends and acquaintances from the community and indeed old friends from our time in London.  Living in Southend we have the best of all worlds.